NOT JUST GROWING A GARDEN - A School Success Story, Part 3

In 2007 Julie Holbrook was hired as cafeteria manager at KCS. The Lake Placid News writes, “By June of that year [2007], she [Julie] was using butter instead of margarine, shell eggs instead of processed eggs, and fresh and frozen fruits and vegetables instead of canned fruits and vegetables. By September 2007, she was using tomatoes, greens, peas, squash and kale from the school gardens for meals. By June 2008, staffers were making most of the school’s food from scratch. A year later they were making all the bread products from scratch, including pizza dough. By September 2010, all beef was being bought from local farms, there was no flavored milk and the school became a CSA member of Essex Farm.” More waste can be composted from whole foods, and this improved compost is then brought over to the garden, which Julie expanded her first summer on the job. 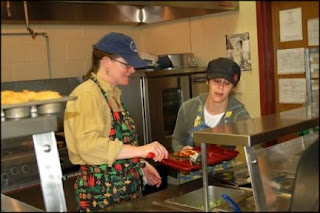 The mission in Julie’s cafeteria is for children to get most of the nutrition that they need in the day at school so that their parents have one less thing to worry about at home. She explains that if you give children the chance, they will appreciate good food. She writes, “The very best is when students start making the connection between how they feel physically, emotionally and energy wise by the food they are eating:” they start to realize that they deserve good food. Many families even send their kids to Keene for the quality of the cafeteria.

(to be continued tomorrow)
Posted by Unknown at 4:30 PM 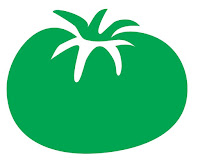 Veggie of the Month: Beets

Fun Facts about beets:   Long ago beets were used to cure ailments such as toothaches and headaches rather than being consumed  The comp...